Our History The name for fashion in St. John’s
About Us Our History

Started in 1928 by a Jewish immigrant from Poland, Isador Wilansky, and then passed on to his sons, Samuel and Maurice Wilansky, in the 1950’s, The Model Shop was one of the mainstays for fashion in downtown. Thanks to personal buying trips to New York, Chicago, Boston, Toronto, and Montreal, the family stayed true to the store’s slogan of “The store where style begins’

Interestingly enough, fashion was not the only contribution the Wilanskys brought to the province. In 1962, Sam designed a tartan for the province, which previously did not have one. Originally, the famous Newfoundland tartan was sold exclusively by The Model Shop. Sam even created bone china with the Tartan that was shipped from England in large wooden casks. Sadly, this china is no longer available and what was sold has most certainly become a collector’s item over the years.

In the late seventies, Sam was ready to retire, so he started to breakdown the store. While working on this, he approached a previous employee, Michael Howard, to take over the formalwear portion of the store. Thus, in January 1980, Michael began to rebuild company.

In 1985, Michael opened up Model Bride, which was the ladies’ wedding dress and accessory portion of the store. Eventually, the store was bursting at the seams in its location at the top of Longs Hill, so, in 1990, Michael purchased the Grace Building, where the store now stands.

After its move into the current location, The Model Shop expanded to three stories of fashion, including a ladies’ fashion boutique called “Julia’s Closet”. With the newest styles for men’s formalwear rentals and sales, the largest dress inventory in the province from casual to red carpet, the best bridal designers in the industry, and a great selection of designer clothing for both day and night, the company was once again the province’s source for style.

Keeping up with trends

In January 2012, Michael retired and sold The Model Shop to his niece, Lori Pitcher, who is now the current owner/operator. Since taking over the store, Lori has been upgrading the business with modern technology to improve its processes and services for both our staff and customers like you. She has also placed a focus on modern interior design and clothing styles, all while ensuring that our selection is fashionable, not only for special events and adults, but also for the everyday wardrobe of any family member.

Since it began over eighty years ago, The Model shop has served tens of thousands of people to make their weddings, proms, and other events special. Our reputation for quality and style continues to this day, and we look forward to building on that for years to come.

This is the most important dress you will ever buy. We recommend that you do not buy your gown over the internet as you may receive the wrong dress, shipping delays and in some cases a counterfeit dress. Consult with your local bridal store. 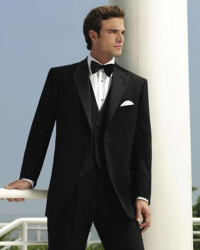 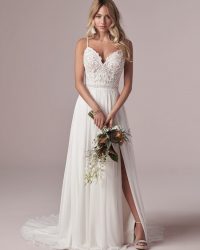